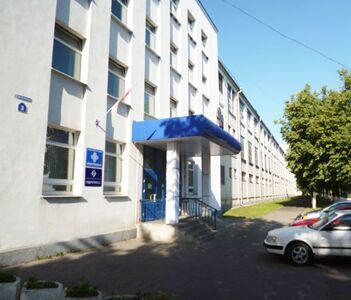 The history of the production association Gidropress begins in 1991 when engineers of the defensive enterprise "Izmeritel" organized small enterprise JSC TsBL. The organization having small, but powerful design office, is engaged mainly in repair of the metalworking and forge and press equipment, design and production of Die Tools equipment and press forms.

By 1993 at the market request the enterprise masters small-scale production of the wide range of products from plastic. The staff is about 25 employees.

In 1996 the CIS's first semi-automatic line for production of wooden chessmen is made. Pilot production of slotting heads for almost all milling machines model range is the same year mastered. Specialists-repairer already have the impressive list of the enterprises to which rendered services in modernization and repair of the press equipment and injection molding machines. In 1997 after interflow to the Tekhnika private enterprise, the mass production of the orthopedic equipment and joints for tubes is started.

Since 2005 the company masters an equipment line of the rope slings production by splicing and pressure  methods. The first hydraulic press is made with the nominal force of 750 tons. Under Eltehnogroupp brand new development receives life thanks to serious strengthening of a design-technology link. Having taken into account of an operating time of the Soviet engineering school and progressive foreign experience, the plant starts developing actively production of the hydropress equipment for various industries.

The company actively participates in deliveries of the specialized equipment to the large Belarussian enterprises: Belorusneft, Belaruskali, Neftezavodmontazh, Gomselmash, MAZ, Naftan, BELZhD (BelRailway), construction trusts and others. In 2009-2012 export of delivered production makes already 75-82% of total sales. The enterprises of groups Severstal-Metiz, Mechel, the Russian Railway, seaports, Moscow Metro and the largest construction organizations become customers of the hydraulic equipment. Company number, including branches and representations, is more than 150 people.

In 2012, because of a prompt increase of hydraulic Press production, the management makes the decision on creation of specialized manufacturing enterprise "Gidropress" on production of exclusively press equipment. The line of the issued equipment which basis from this point make one-rack-mount the press, the press of double action and railway the press is carefully processed.

In 2013 Gidropress Ltd organized the first forming presses and the automatic lines deliveries of the Italian producers - OMERA and Millutensil.

At the enterprise  the quality management system of design, production and service of the made equipment is introduced and works. In October, 2013 the system of compliance to the international IS0 9001:2008 standard (State standard specification ISO 9001-2011) is certified.